120 minutes of Asian representation is what you get from Crazy Rich Asians.

Crazy Rich Asians (2018, directed by Jon M. Chu) has been a hot topic in Hollywood lately, as it’s the first American-studio movie to have an all Asian-American cast since The Joy Luck Club (1993).

Based on the book of the same name by Singaporean author Kevin Kwan, Crazy Rich Asians follows the story of NYU economics professor Rachel Chu (Constance Wu) who is invited by her boyfriend Nick Young (Henry Golding) to attend his friend’s wedding in Singapore. Unbeknownst to Rachel, Nick comes from a wealthy family, where he is the heir to a billion dollar real estate business.

Having watched Crazy Rich Asians last night, what makes me so happy about it is how the Asian-Chinese culture is depicted in the movie. Watching a movie where the entire cast is Asian or half-Asian is already so satisfying, but being able to see Singaporean/Asian food dishes being stunningly included into the movie is just a bonus; and this is all thanks to the director Chu. 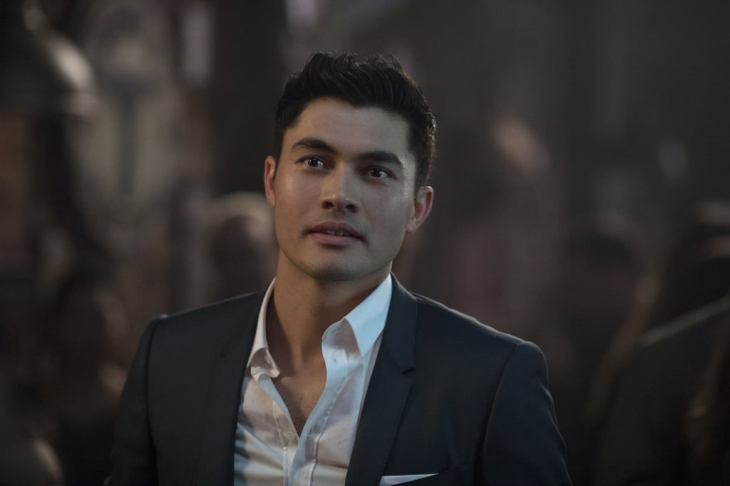 Wu does a great job with her character Rachel. It was obvious that by the end of the movie, she would rather sacrifice her own love for Nick than to be the cause of ruining his relationship with his family. Throughout the movie, I felt that Wu was leading the movie, as newcomer Golding played a character that came across as one-dimensional. All that we learnt about Nick in the movie is that he’s crazy rich and he loves his family; apart from that, there isn’t any other in-depth character background information that is given to audiences. But thankfully, Golding’s charisma is what keeps him likeable in the movie.

The scene stealers for me in this movie were Goh Peik Lin (Awkwafina) and Astrid Leong (Gemma Chan). I felt that Awkwafina did the most of what she could in the screen time that she was given. Her comedic timing and body language was perfect; she had the funniest lines; and she had the most ridiculous outfits. 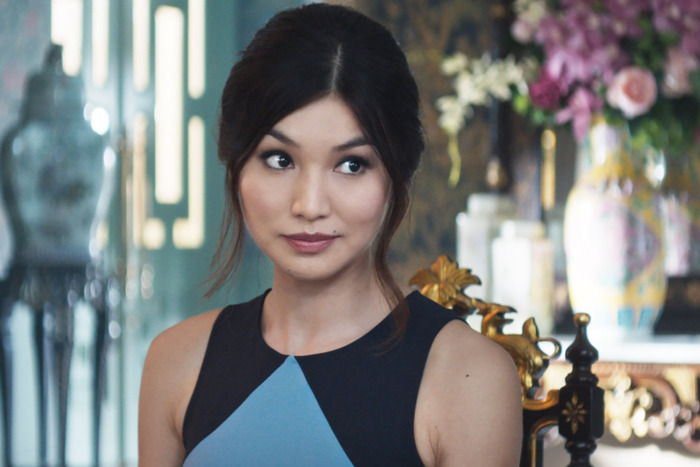 Chan’s performance as Astrid gave off this elegance and glamour. The way she spoke and walked felt like she’s embodying one of those iconic actresses from the Golden Age of Hollywood. In the movie, Astrid is said to have graduated from University of Oxford; this casting choice couldn’t be any better because Chan did graduate from University of Oxford with a law degree.

One of the things that was confusing about this movie was the overwhelming number of characters. The movie tried to introduce each supporting character through some sort of voiceover and intercut scene; but having not read the book and going into the movie with only the knowledge that this is a rom-com, I was confused as to how certain characters are actually related to Nick and his family.

The soundtrack of Crazy Rich Asians featured a whole lot of Mandarin songs. At first I was quite okay with it, but at a certain point during one of the final scenes in the aircraft where Nick proposes to Rachel for the second time, a Mandarin version of Coldplay’s Yellow was playing in the background. I personally disliked it because it felt out of place when the characters were talking with their American/British accent, but this could also be due to the fact that I’m only used to hearing Mandarin songs in Chinese movies. Director Chu did beautifully explain his choice for Yellow here; but I’m sorry the song choice just felt weird for me 😕.

That being said, Crazy Rich Asians is still a must-watch for anyone of any ethnicity and background because what you can take away from this movie is more than just the genre of rom-com, it’s also the portrayal of an Asian family and their Asian culture.