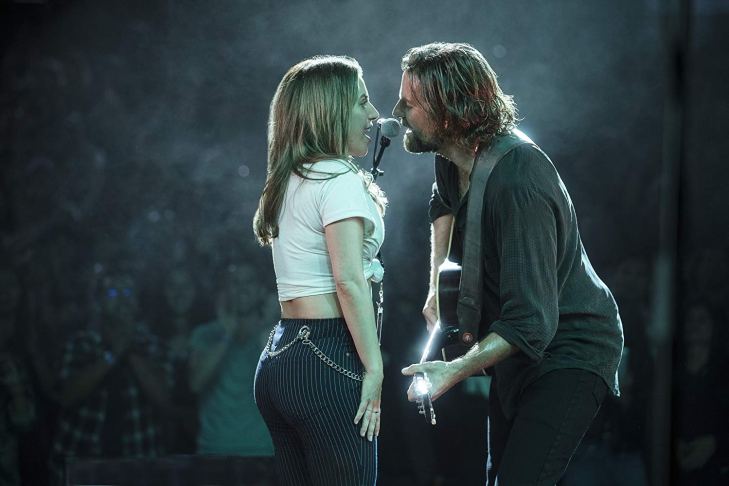 Lady Gaga stars as Ally, and Bradley Cooper stars as Jackson Maine in A Star Is Born. CREDIT: Warner Bros.

This post for A Star Is Born (2018) contains spoilers.

The theatre literally had less than 30 people when I saw the third remake of A Star Is Born (2018, directed by Bradley Cooper) three weeks ago. As the title of the film suggests, a star—Ally (Lady Gaga)—is literally born, and another—Jackson (Bradley Cooper)—kind of disappears.

Having been exposed to its trailer and original soundtrack, I was really excited going into this film. And of course, I wanted to watch it for the Queen Gaga ❤️.

However, one big issue I have with A Star Is Born is its duration. It was a really long film and you can definitely feel every minute go by. People were walking out of the theatre before it even ended; maybe they didn’t know it was going to take up so much of their time. I felt the film could do fine with being slightly under 2 hours long because some scenes were just really added to build the drama.

There were many scenes in A Star Is Born, where you literally get to watch Ally grow from an unknown drag club singer to a full blown Grammy award winning artiste—the Grammy scene was a surprising one for me because they got the real artiste Halsey to cameo as the presenter. Through all these scenes, audiences also get to see how Ally’s relationship with Jackson deteriorate through the course of her artiste journey.

Two of my favourite scenes from A Star Is Born is definitely the Shallow’s scene, and Jackson breaking down in front of Ally at the rehabilitation centre. It’s hard to believe that Bradley Cooper directed this because he does such a terrific job as the character, that I just forget about how he is the one who brought everything that I saw on-screen to life.

It was easy to separate Gaga from Ally because Ally is a hundred percent unlike Gaga—in terms of personality, style, etc. But however, during the transition of when she was becoming a pop star I couldn’t help but get reminded of Gaga during her Telephone music making days. The vibe of the bop song Why Did You Do That? just felt different from the Shallow duet that she sings with Jackson at the beginning of the film.

Because I watched the film with no subtitles I found it really hard sometimes to understand what Jackson is saying because Cooper puts on a really deep raspy voice for the character. At a certain point, I was just so irritated that the character was mumbling; and also in one of the many fight scenes that he has with Ally, they talk over each other so much that it was impossible to understand what they were saying.

I’m rooting for Cooper to win an Oscar for his role as Jackson because I have a really good feeling that he’s going to win it—for the first time too!—next year. As for Gaga, she did a really great job in her feature film debut and will definitely get nominated for an Oscar, but I don’t think anyone will be that lucky to win it on their first try.

At the end of the film, I wasn’t crying, but I left the theatre feeling the love that Gaga and Cooper had portrayed on-screen. I loved their love, and I believed in their love. Now I want to find love like that too.