The spin-off TV drama of The Fosters premieres with more sister trouble. 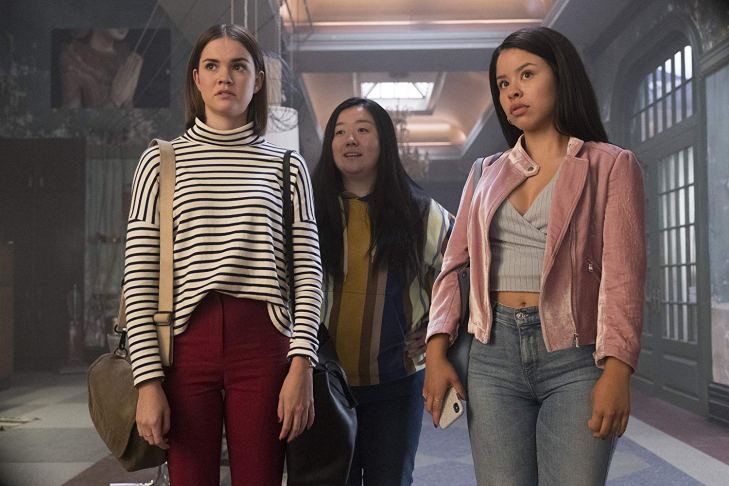 The Fosters ended last year with a three-part finale on Freeform; the finale also revealed that the story for Callie Adams Foster (Maia Mitchell) and Mariana Adams Foster (Cierra Ramirez) will continue in Los Angeles (LA), where they will respectively begin their adulthood in the law and tech industry.

Good Trouble has a very different vibe as compared to The Fosters. Let’s just say it’s less family-friendly, and more about two girls in their 20s having fun in LA. “DTLA” (2019, directed by Jon M. Chu) gives audiences a first look into Callie’s and Mariana’s trouble filled lives in LA—where they seemingly had their stuff from the U-HAUL van stolen, got in trouble at their new jobs, and fought with one another over the living situation.

Even though Mariana and Callie are supposedly grown up and independent in this new series, I still can’t help but think of them as the same problematic teenagers from The Fosters. Their youthful looks definitely haven’t changed much, and their attitudes are still pretty much the same. Mariana is still the same old selfish and wilful girl; and Callie still remains an understanding and considerate human being, who looks out for others more than herself.

In “DTLA”, there’s a scene where Callie and Mariana get into an argument—not surprising at all—over their living situation in LA. Callie had entrusted Mariana to find an affordable and cosy apartment, but things clearly went wrong and their apartment turned out to be a communal living space. The worst part about this is that Mariana lied to Callie about the communal living space all because she wanted to live in the same house as a boy she has a crush on.

It is exactly such selfish behaviour from Mariana that makes me dislike her character. I have never liked her much in The Fosters either, and thinking about her makes me sick. It’s too soon to tell what other troubles are going to enter both their lives, but I’m fairly certain that both of them will face much bigger issues at work. Also I think from episode two onwards, members from the Adams Foster family are going to visit the sisters in LA—that’s gonna be exciting.