What/If is the kind of bad television show that you must watch till the end, even if most of it makes no sense.

What/If (2019, created by Mike Kelley) is an anthological series that is mysterious and batshit crazy. Part 1 stars Renée Zellweger as a renowned venture capitalist Anne Montgomery, who fiddles with the lives of a seemingly innocent young couple—Lisa (Jane Levy) and Sean (Blake Jenner)—who have no idea what they have just got themselves into.

If you’re familiar with Kelley’s work from ABC’s Revenge, then it should come as no surprise that What/If feels similar to the former. Knowing Kelley’s formula, the twist of this series isn’t all that surprising to me as I had already (kind of) predicted it when I finished watching “What Happened” (S01E03).

With 10 episodes in total and a runtime of around 50 minutes each episode, I felt that most characters were poorly introduced in the beginning and many plotlines were only gradually explained towards the end. In fact, most of the show probably wouldn’t make any sense to anyone until the end.

I appreciated how diverse the cast is, but clearly, the most interesting part of this show is Zellweger’s character because why is she so mysterious and evil? What is her plan? These questions do get answered in partial bits and pieces, but I felt that the explanation wasn’t fulfilling enough. 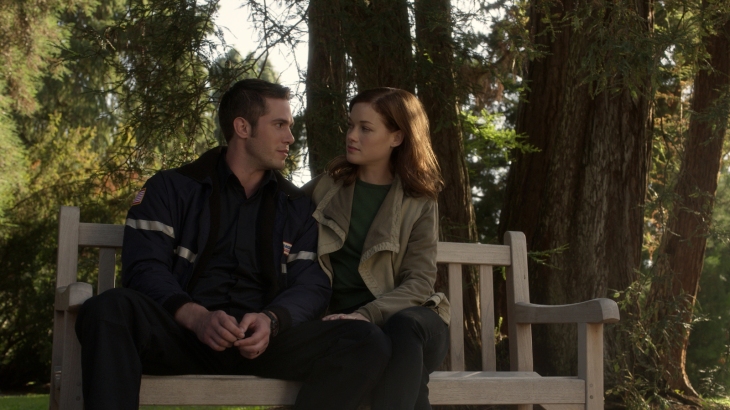 I think Zellweger is a wasted talent in What/If. Apart from playing a billionaire who had a rough upbringing, I felt that her character lacked dimensions as her backstory was lacking in many ways. Her character also had no growth from the start till the end, as she remained the same person through and through.

Due to the limited nature of Part 1, the series does have quite a bit of time jump to get to certain conclusions for the characters. I’m fine with how it all works out, but I think television shows need to be careful with how they write time jumps into their story, as it can come across as sloppy.

What/If is definitely a melodramatic semi-soap opera type of television series that I would recommend people to watch if they’re up for watching psychotic people go coo-coo. It’s really reminiscent of Revenge, which was one of my most beloved drama series back in the day. What/If is kind of addictive, but not really, especially if you already know what to expect.

I personally think that Part 1 could have worked out well with a second season, but too bad this is an anthological series so we will probably never see these characters again, unless Kelley decides to create another season that is set in the same world, or reuse the same actors again just like what Ryan Murphy does with American Horror Story.