Emily in Paris is a dated television series that fails to stand out in 2020. 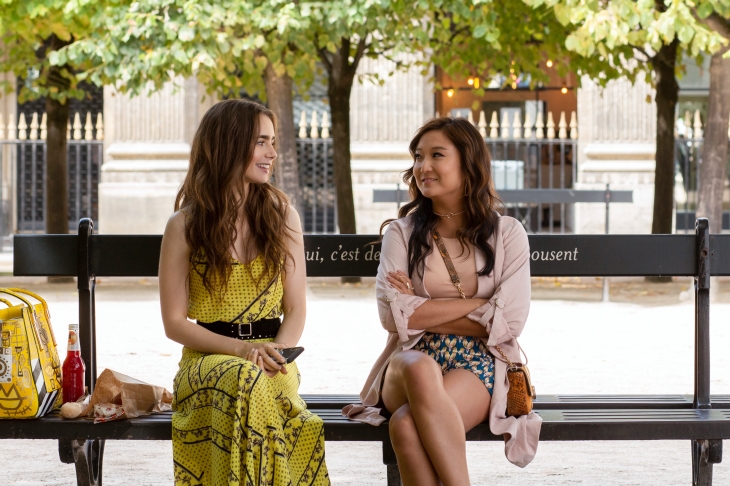 This post for Emily in Paris Season 1 is spoiler-free.

Hoping on the trend of social media marketing, Emily in Paris (created by Darren Star) follows Emily Cooper (Lily Collins) who moves to Paris, France for a year to work in a marketing agency.

The series’ title character, Emily, is ignorant and oblivious to the city that she has just moved to. Luckily for her character, she meets her first foreign friend, Mindy Chen (Ashley Park) who helps her assimilate into the French culture by french-splaining it to her.

Emily in Paris is blandly unoriginal and feels like a variant of Sex And The City, which is also created by Star. Throughout the series, Emily deals with the challenges of fitting into French culture and letting go of her American-self. At times, the series’ writing can feel somewhat insulting of French culture, as it attempts to depict the clichés of French people and its country. From showing how Parisians stroll into work at almost lunchtime, smoking excessively, drinking wine in the day and taking two-hour long lunch breaks—these depictions may seem like an insult to the French, especially if they were untrue.

I think what makes Emily in Paris feel dated is its portrayal of social media influencers and the way they work. In one episode, Emily—after getting over 20k followers by posting selfies of herself eating pain au chocolat and whatnot in her short time in Paris—gets invited to an esteemed media event and is tasked to post about the launch of a beauty product in an interesting manner. What she decides to do next (which I shall not spoil) is utterly ridiculous and is just an unrealistic portrayal of good social media marketing. Her blatant usage of three to four #hashtags in her daily Instagram posts is also not an accurate portrayal of how real social media engagement is actually generated, thus, leading viewers, such as myself, to extreme frustration upon watching this show.

Emily in Paris isn’t a show that you will miss, but it is a fun and trashy series to watch if you have spare time.