Happiest Season is a holiday-themed coming out rom-com that will warm your heart. 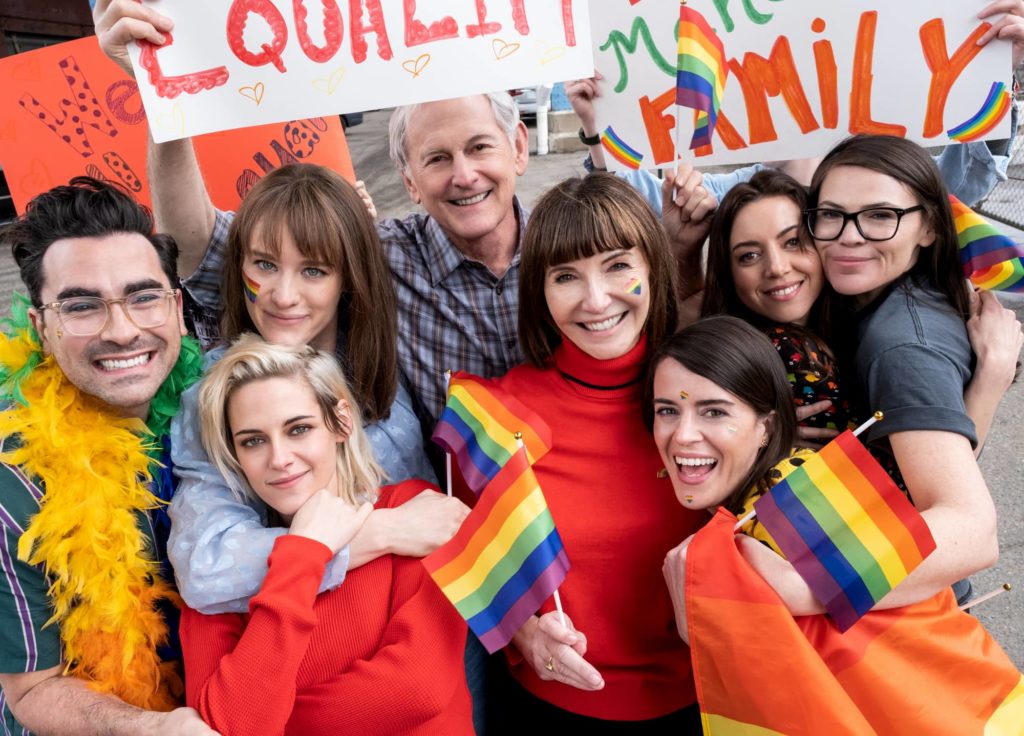 For this year’s Thanksgiving holiday, Hulu has gifted us with a delightful lesbian Christmas-themed rom-com titled, Happiest Season (2020, co-written and directed by Clea DuVall), which stars Kristen Stewart as Abigail “Abby” and Mackenzie Davis as Harper, a couple who returns to the latter’s home for Christmas. Of course, chaos ensues when Harper reveals to Abby that she has not come out to her family and they are oblivious about the pair’s romantic relationship.

Hulu’s attempt at creating a lesbian holiday rom-com has proven to be successful, as I enjoyed myself very much watching this coming out story unfold for Harper. Happiest Season represents one variation of the many coming out stories that happen in the LGBTQ+ community, and in this particular movie, audiences will see the struggles of Harper’s uncertainty in being truthful about her self-identity. If I am nitpicking on this movie, I feel that Harper is a terrible and selfish person to Abby, there’s clearly some self-realisation that needs to be done on her part and the movie does reflect that aspect quite abruptly in the third act.

Stewart is outstanding in this rom-com, so much so that she should be starring in more. It would seem like ever since she came out as gay in real life, a burden has been lifted off the actress’s shoulders. Not only has she been outstanding in her recent theatrical roles, such as the Charlie’s Angels reboot last year, but there’s a sense of carefreeness in the characters she plays and I hope I’m not the only one who senses it. Davis and Stewart click well together and their on-screen chemistry is undeniably obvious, same goes for their adorable height difference.

Dan Levy stars as Abby’s hilarious gay best friend, who adds a comedic element to this rom-com. I’m not familiar with Levy’s work but having watched this movie, I’m now even more convinced to start binging the critically acclaimed Schmitt’s Creek, which ended its run earlier this year.

Happiest Season is one of my happiest watches for 2020. Its light-hearted story and candidness make it an enjoyable film for all. If there’s a sequel for this, I’m definitely down for it.