Self-isolation has become a normalcy for everyone around the world due to the spread of COVID-19 (aka coronavirus). To keep busy, most have stuck to streaming services for salvation.

I thought I would share some of the less recommended shows I’ve watched during this period, that isn’t Tiger King (2020) or TikTok videos. Below is a non-exhaustive list of television series I’ve watched since late-March.

In the running for three seasons now, Ozark (2017—, created by Bill Dubuque and Mark Williams) has been a consistently strong crime drama on Netflix. Set in the Lake of the Ozarks, Missouri, Ozark follows the Byrde family as they launder money for a dangerous drug cartel. As each season progresses, more drama ensues. The latest season, which aired in end-March this year, left audiences with a shocking and violent cliffhanger that makes one wonder what entails for the characters in this fictional show. Ozark is perfect for those who want a good weekend binge—trust me, it’s possible to finish all 30 episodes in two days.

Archer (2009—, created by Adam Reed) is an adult animated series that follows its titular superspy character Sterling Archer (H. Jon Benjamin), as well as the people who work alongside him in ISIS (International Secret Intelligence Service). The series is pretty funny and each character has their own unique personality that never leaves this show feeling dull. With a total of 10 seasons, Archer lost my interest after Season 7 when a significant event happened that changed the direction of the next three seasons. Season 11 has delayed its broadcast due to coronavirus, but I’m hopeful that things will pick up in the upcoming season so I’m pretty excited for it!

Bloom (2019—, created by Glen Dolman) shows that people are willing to kill for an opportunity of eternal youth. Phoebe Tonkin stars as one of the few locals who is exposed to a mysterious new plant that gifts them the power of youth and vitality, albeit it’s not permanent. The plot, along with its individual character plotlines, is interesting enough to get audiences hooked for its first season, but I found myself giving the series’ Season 2 a miss when it premiered earlier this month. 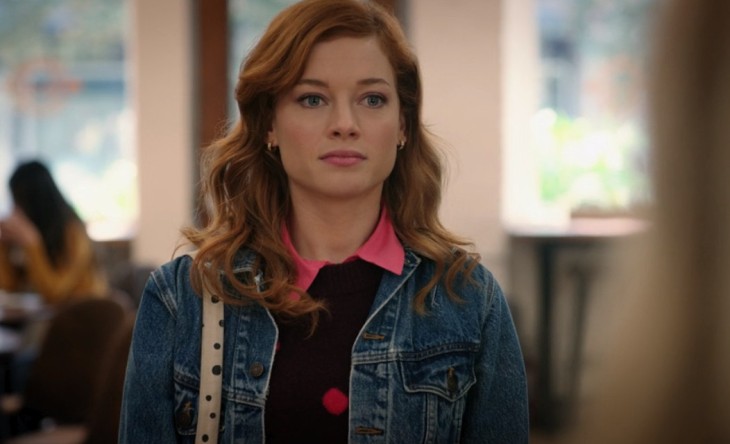 Zoey’s Extraordinary Playlist (2020, created by Austin Winsberg) features a young programmer, Zoey (Jane Levy), who discovers that she has the power to listen to people’s innermost thoughts through songs and over the top musical numbers. This series is lighthearted and wholesome; it’s perfect for someone who wants some frivolous content. Lauren Graham is a special guest star on the show, but to be honest, she appears in almost every episode, thus she should be considered as part of the main cast. And if you’re looking for some man candy, Skyler Astin also stars.

Set in the #MeToo era, with a focus on the broadcasting industry—The Morning Show (2019—, created by Jay Carson) takes audiences through a whirlwind turn of events that happen on a fictional daily morning show. Reese Witherspoon, Jennifer Aniston and Steve Carell are the powerhouses of the show—bringing the aggressive characters they play to life. If the names of the main cast do not convince you to check the series out, perhaps the discussion of sexual assault in the series might be appealing for some. A Season 2 is also coming.

Newly released a week ago, the limited series Defending Jacob (2020, created by Mark Bomback) which is based on the novel of the same name, follows the mysterious murder case of a 14-year-old student, in which Jacob Barber (Jaeden Martell) is accused of committing. Chris Evans plays the father of Jacob and an assistant district attorney, while Michelle Dockery stars as the mother. The series is gripping and pulls audiences in by giving ambiguous hints about who the real murderer is. Performances by Martell, Evans and Dockery are brilliant and convincing as a family of three. Defending Jacob has three episodes out and currently airs every Friday on Apple TV+.