Addictive and thrilling right from the get-go. 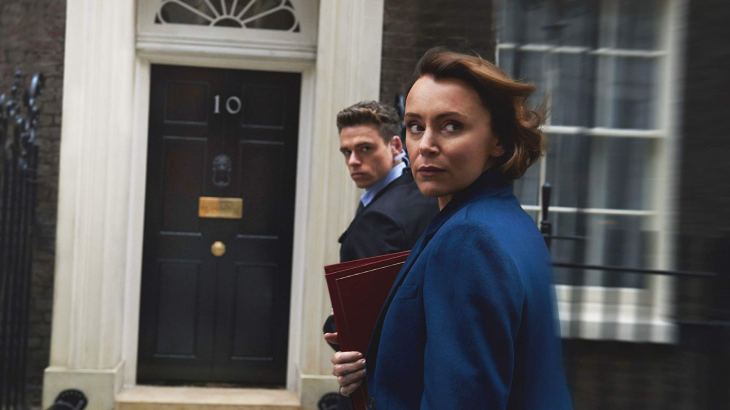 The Bodyguard (2018, written and created by Jed Mercurio) was a surprising hit TV series for United Kingdom; the story follows Police Sergeant David Budd (Richard Madden) working the position of a personal bodyguard for the Home Secretary Julia Montague (Keeley Hawes)—and a heck load of conspiracies.

Like the rest of the world, I only got the chance to binge-watch Bodyguard when it came out on Netflix at the end of October. I finished it in a day because with only six episodes available—the series is literally screaming “binge me!”. Also, every episode is so addictive that you would just let Netflix autoplay the next one.

It’s sad that Madden’s Game of Thrones character was short-lived, because he truly is a star and deserves being the face of a TV show. Madden as David was just the most convincing bodyguard ever. Right from the start, it was clear that he was suffering from post-traumatic stress disorder and he clearly didn’t seek help for it—until the final episode.

It was in “Episode 4” where it was revealed that Julia had died from the bombing during her speech at St. Matthew’s College; and more shockingly, David tried to kill himself with a Makarov pistol—but failed in doing so because someone had switched his bullets out for blanks. I think “Episode 4” was the best episode because it was so full of plot twists that were unexpected.

There’s certainly a cliché in writing in the second half of the show because it was predictable that David was going to take the fall for the terrorist attack. But thankfully, all of that happened in one episode.

My favourite aspect of Bodyguard was definitely the editing. It’s really amazing how the show came so well together and it aired on a free-to-air station in the UK—I mean talk about the quality.

I think a Season 2 is definitely much anticipated. Since the final episode left things up in the air for David and his estranged wife Vicky Budd (Sophie Rundle), there is definitely a lot of new story to consider for a second season.